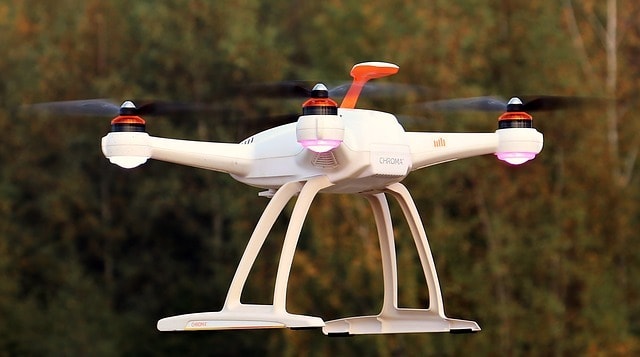 Amazon is known for its bold moves, innovation and customer centric thinking. Just yesterday it released a video of drone delivery of customer purchases from its warehouse and fulfilment centre which became the talk of the town. Regulatory and technological issues apart, I will only take a supply chain perspective in this blog to examine the economic and operational constraints this might face. At this point I have not made up my mind whether I think it is a viable option from operational and strategic viewpoint. Firstly, let us examine the volume of service required. We do not have an estimate of how many packages will be delivered by drones, but we know that Amazon’s annual revenue is approximately $48 Billion, and growing fast. I noted in my book The 5-STAR Business Network that amazon nearly doubled its revenue in 3 years. That is an exceptional growth rate, and shows no sign of abating. By the time drone service is released sometimes in 2015 or beyond, Amazon would have increased its revenues to nearly Amazon’s Drones – How Viable?double again – say $96 Billion per year. 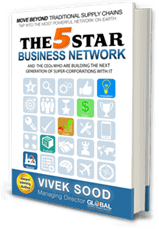 Sale value of a transaction ranges from $5 for a cheap paperback to several thousands of dollars for fashion and electronics. It will be interesting to see the transaction value distribution at Amazon, but for this discussion an average sale value per transaction estimate is sufficient. If the average transaction value is say approximately $100 then the company is making $48 Billion divided by $100 = 480 Million transactions per year now. By the time delivery with drones is in place it will be making double that, say 1 Billion transactions per year. Now Amazon already makes deliveries on Saturdays, so the total number of delivery days in a year will be approximately 300 days. That will amount to nearly 3.3 Million deliveries per day. Not all deliveries will need to be made by drones because only a few customers (say 10%) will opt for this high price, high value service. Depending on the price, and urgency the customers will make their own decisions, but it is likely that if the service is high prices most customers (90%) will opt to wait for the regular post deliveries. Here we have not yet considered capital costs of buying the drones, operational costs of housing and running them, and maintenance costs of upkeep of these drones. Neither have we considered the capital costs of retooling the warehouses to allow drones to operate. Why? Because pricing formula at Amazon is based not just on costs but also on what the market will bear, and the competitive landscape. At the same time Amazon will want to price the service at a level sufficiently low so that the volumes are strong enough to strategically make it a viable offering, yet prices sufficiently high so that the volumes are not so high that impose operational constraints in the warehouses. With a targeted 10% of the package volume to be delivered by drones, Amazon will be looking to make around 330,000 drone deliveries a way. Given the short range of these battery powered drones, Amazon will likely need many more than its nearly 21 delivery centres around the USA. The plans are still not clear, but if the number of such delivery centres increases to about 40, each delivery centre will be making 8,250 drone deliveries a day. With say half an hour to and from the delivery location, and 16 hour operations – each drone can make around 12-15 (say 14) deliveries a day. That means each delivery centre will need 600 drones for operations besides spare ones for maintenance, back-up and queuing. Now try to imagine a fulfilment centre with 600 drones buzzing in and out 16 hours a day. Do you think it is a viable operation? Email me with your views on info@globalscgroup.com