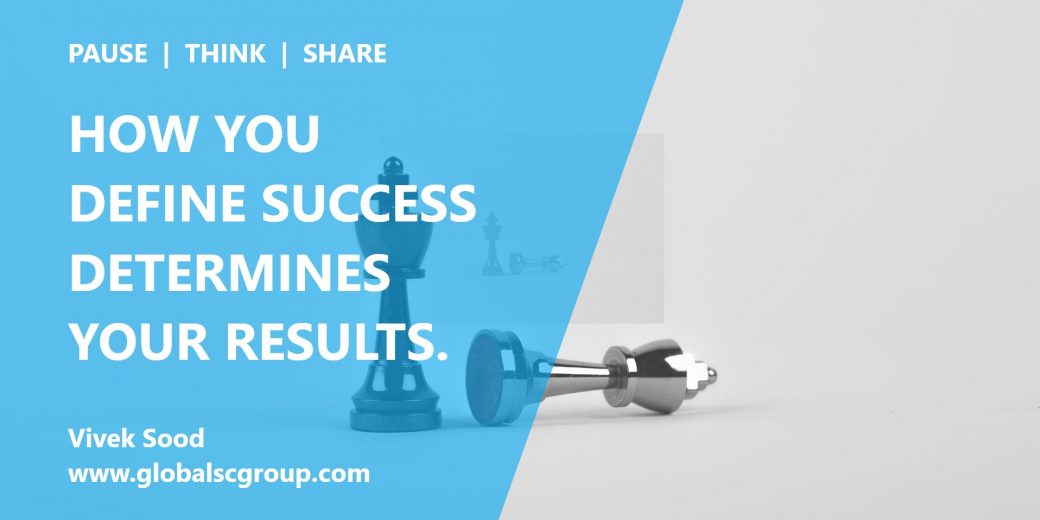 “What is success? How do you define it in your current role?”

It was a simple question.

I asked this question of the room in general. I expected multiple replies from the all the executives in the room.

Then, I realised that none would be forthcoming.

A number of cultural factors were at play. The boss was in the room. No one wanted to be seen to be on the wrong track.

I had only 45 minutes to deliver some breakthrough insights to the group. Many people had flown in for the one day conference from distant locations.

My help had been enlisted by the ‘boss’ to get his team to lift the game. I better deliver what I had signed up for.

I had prepared my keynote presentation. The facts, the figures, the frameworks all stacked up. It could all be neatly delivered – well enough to justify my fees for the speech.

But, the audience were simply too ‘disengaged’ due to presence of the ‘boss’. Obviously, I was not fully aware of this dynamic – or, I would have thought twice about the engagement. Life is too short to take assignments with no probability of success.

Yet, there is always a way to succeed in every situation. Especially, if we think broad and deep.

Would it have been possible to negotiate that he stay out of the room in the first place? No.

Then, it would be impossible to send the ‘boss’ out of the room.

Then, what else could be done?  What was the right way to proceed?

I decided to change tack on a short notice.

I asked the audience to divide themselves into groups of 8 individuals and introduced a simple supply chain game. I improvised some gaming aids.

The rules were very simple to understand the execute. Each group was to play the game three times, and note down the results.

I asked for volunteers to come up and share their experiences from the game. There were many enthusiastic volunteers. They even linked the learnings to their work. They saw things that no one else did. Their were ecstatic by the end of the gaming session – and not just from the games.

I asked three group leaders, with one key point each, to stay on the stage. They expanded on their key points. They talked about why these points were important to their business. They talked about what changes could be made to the business from next day itself. They were enthusiastic, knowledgeable and on the right track.  They started making points that linked up with my presentation.

I flicked my presentation to the last slide – where these same three points summarised the entire presentation.

The group leaders had already delivered what I had signed up to do. There was a thundering applause from rest of the audience.