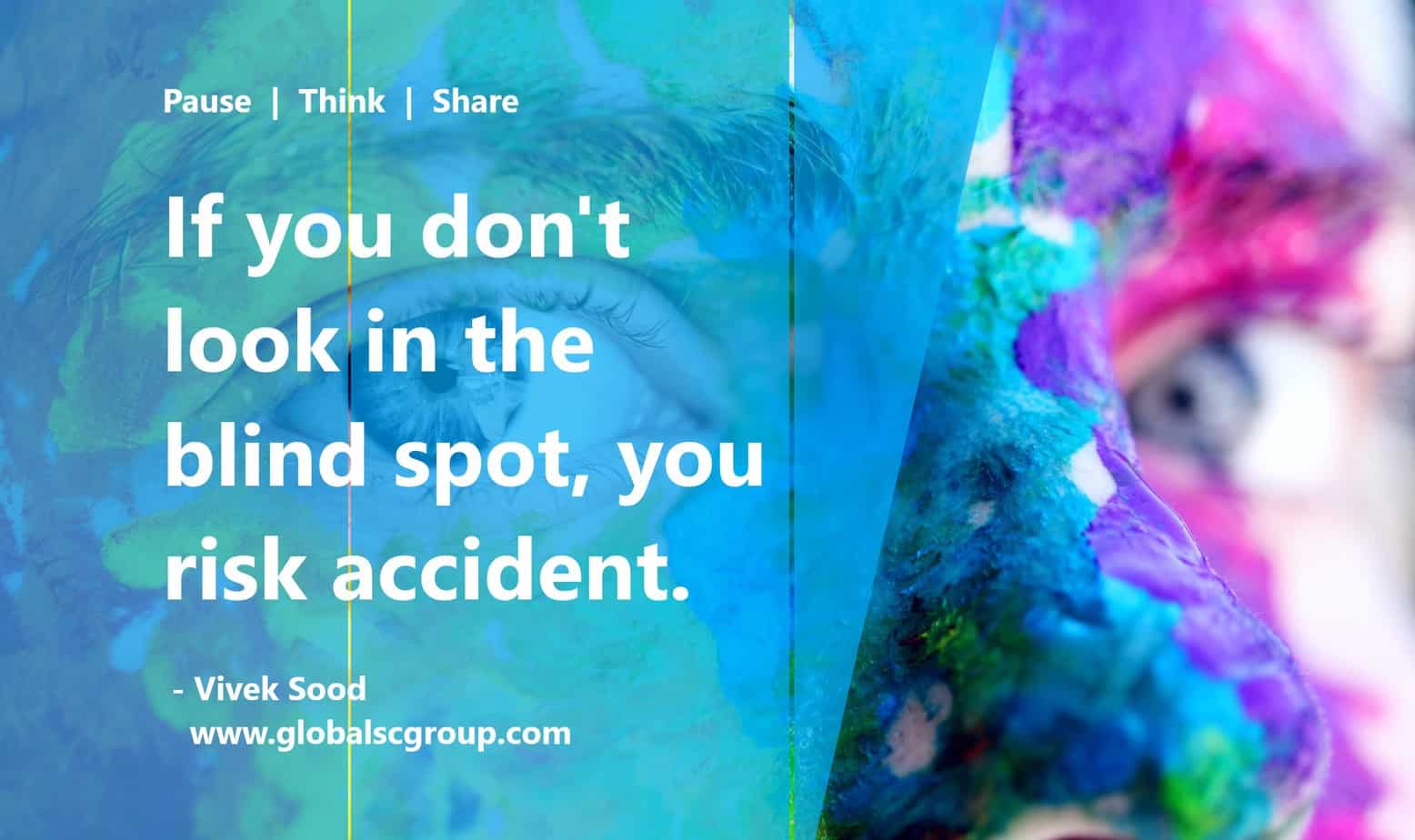 There were only 24 hours left. Tomorrow the board would pull the plug on the project which had continued for well over 3 years. The total costs as per internal calculations had run into hundreds of millions of dollars. External consultants reckoned that when you included the costs of internal resources seconded to the project from END_OF_DOCUMENT_TOKEN_TO_BE_REPLACED 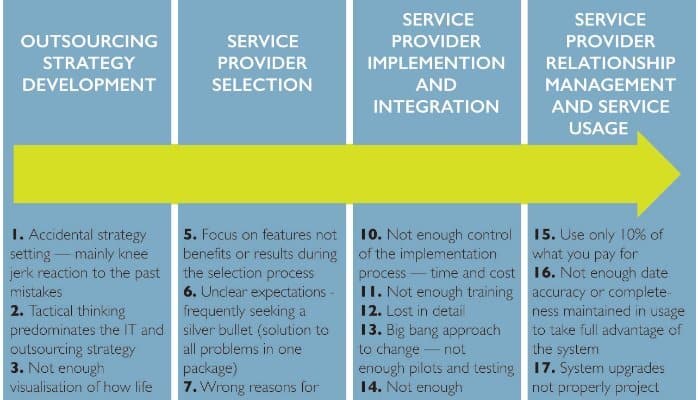 Nobody sets out thinking, I have no purpose for bringing this technology into our company, but I will do this anyway (well a few rare twisted souls might do it – totally driven by a side deal that meets their self-interest). The Purpose is Paramount Yet, post-hoc analysis reveals so many IT projects fail due END_OF_DOCUMENT_TOKEN_TO_BE_REPLACED 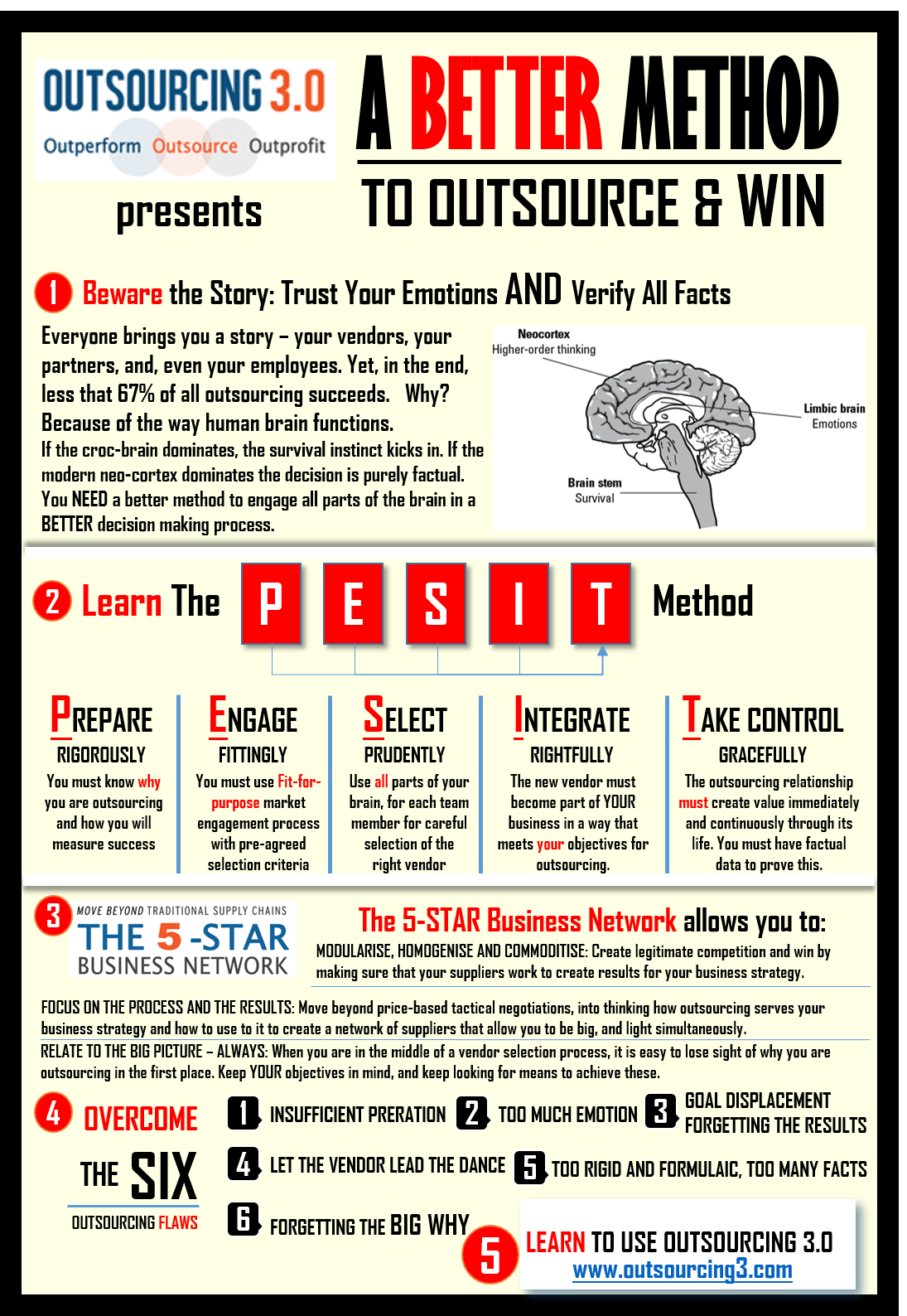 www.outsourcing3.com Beware the Story: Trust Your Emotions AND Verify All Facts Less that two-thirds of all outsourcing succeed because of the way human brain functions. If the croc-brain takes over the survival instinct kicks in and the decision is purely instinct or emotion based. However, if the modern neo-cortex takes over the decision is purely END_OF_DOCUMENT_TOKEN_TO_BE_REPLACED 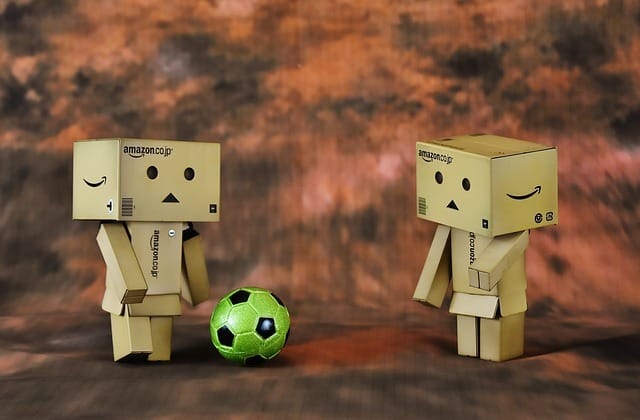 Amazon and the 5 STARS

We already defined the importance and features of a successful business network, through the necessity of 5 key cornerstones – Fire-Aim-Ready Innovation, $eed-to-$tore Efficiency, Transaction Optimisation Profitability, Advanced Product Phasing, and Results-focused Outsourcing and Modularisation – in the previous article. Now let us prove it by taking an example, which reflects their necessity. Amazon is END_OF_DOCUMENT_TOKEN_TO_BE_REPLACED 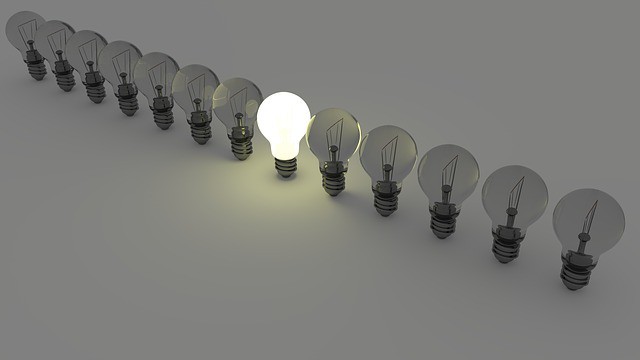 China’s three-year-old technology company Xiaomi has recently announced the sale of its flagship Mi-3 smartphone will be on the Chinese top messaging app Wechat. This is another in a series of tactics deployed by Xiaomi to get to the heart of consumers and spur their demand. Already with 7.2 million handsets sold last year in END_OF_DOCUMENT_TOKEN_TO_BE_REPLACED 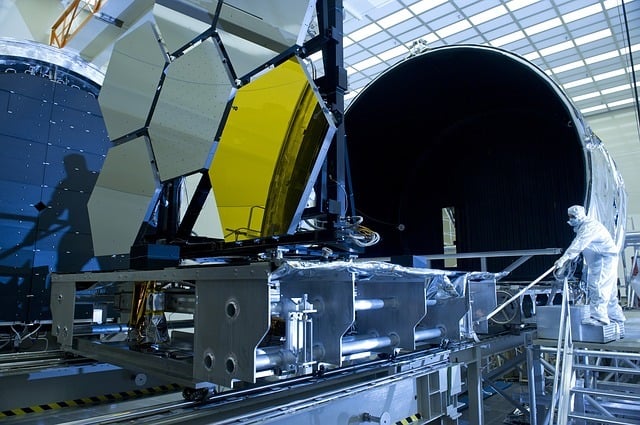 Taipei-based Foxconn Technology Group, whose biggest client is Apple, is to invest $US40 million in the United States to boost its high-end production chain. The move, welcomed by the US government, is part of the growing trend to seek a non-China outsourcing location. The world’s biggest contract electronics manufacturer will commit $US30 million to build END_OF_DOCUMENT_TOKEN_TO_BE_REPLACED