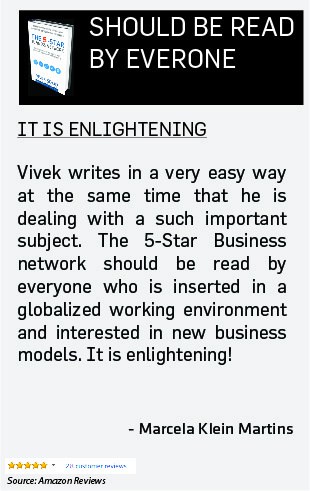 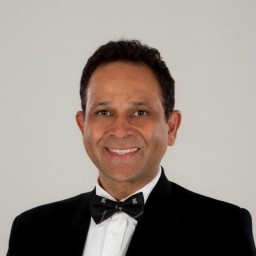 Extract from the book “The 5-Star Business Network”, written by Vivek Sood 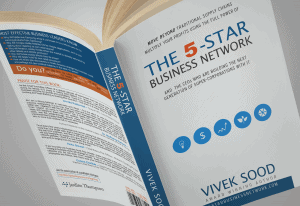 In 2012, when Facebook’s IPO was being discussed in the media, a range of valuations was put forward by the experts between approximately $50 and more than $100 Billion. Most people in traditional businesses were stunned and asked how could a company with no products, no factories, no customers and no suppliers, be valued more than Siemens, Nokia, US Steel, or even a combination of these traditional, well respected companies. The pundits declared the basis of valuation as the Network Effect and left it at that – leaving people to decipher what exactly the Network Effect is and exactly how does it lead to a valuation of tens of billions of dollars. Networks, of course, can be homogeneous groups of similar people, such as net-savvy, with spare time and willingness to share their lives’ details with others on Facebook (or similar social websites), or they can be heterogeneous networks of a multitude of suppliers around the world that provide a vast range of components and parts, such as those that go into manufacturing the Airbus A380. Networks can even be a combination of homogeneous entities and heterogeneous groups, or vice versa. This point should emphasise in the readers’ minds that there is not one single kind of network, and hence the characteristics will vary accordingly.

Needless to say, there is no point spending time on a social network website if you are the only person who ever visits it. In fact, if most of your friends are members of a rival social networking site, you would eventually find yourself there, or find yourself a web outcast. This leads to a catch-22. Most nightclub and restaurant owners are long familiar with the predicament – the more popular your establishment becomes, the more people want to get into it. However, the key predicament is always – how to start off the process. An excellent book “The Tipping Point”, by Malcolm Gladwell, discusses this phenomenon in great detail and attributes it to the three rules – getting the first movers (law of the few – the mavens, the connectors and the salesmen), the stickiness factor (simple ways to make things memorable) and the power of context (small factors in the environment and the relationships that create and sustain impetus). If you have not yet read the book , I highly recommend it. It is neither advisable, nor possible, to paraphrase the excellent content, and Gladwell’s writing style is extraordinarily eloquent. So, with every new addition to a network, it becomes a little bit more valuable. This continues to happen until the network reaches a tipping point, a point at which it suddenly becomes a lot more valuable. After this point, the network will generally race past all its rivals and become a de facto standard in its realm. Whether it is a question of which social network website to frequent, or which type of keyboard to use as a standard (the more popular QWERTY or the more efficient Dvorak style), or which type of cooling systems to use in the nuclear power plants (light water, heavy water or gas cooled) – the decision almost always rests on the network effect. 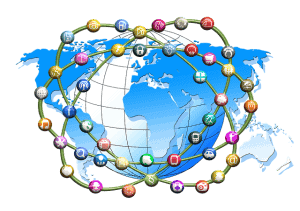 Business Strategy, Business Transformation, For CEOs, For Chairpersons and Boards, For CXOs and VPs, The 5-STAR Business Networks (B2B Networks)