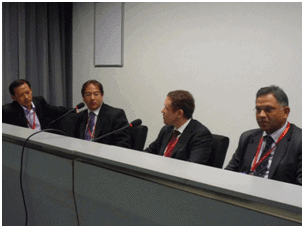 What Happens When You Mistake Someone’s Technology for Their Competence?

Boasting exponential growth since its inception in 2012, Jumia became the first e-commerce site to bring the coveted Play Station 4 to Nigeria. The company announced the offering after just two days of the release in the US. The Nigerian would-be Amazon is following the global giant’s footsteps in becoming a super networked business, although there is still a long way to go.

Jumia started with a relatively similar aim and manifesto to Amazon, which puts customers at the heart of its operation. In the same vein, the Nigerian site also reaps benefits from being one of the pioneers in Africa’s emerging online retail market. “Being first is good, but it is not everything. What fuels Jumia’s success so far is somewhat akin to Amazon’s evolution into a Five-star business network” – said Vivek Sood, CEO of Global Supply Chain Group.

Jumia is not shy of innovation either, given the fact that people are still skeptical about online retailing as well as online payment in Africa. The Lagos-based retailer launched a range of online payment options but steers its technology-shy consumers by accepting cash on delivery and offering free returns. “It’s very important that people know it’s not a scam,” said co-founder Tunde Kehinde. They even take a step further and deploy a direct sales team of 200 to educate Nigerians about secure online shopping, which also serves as a means to build trust. Now with pick-up stations spanning over 6 locations, a warehouse facility, 200 delivery vehicles in Nigeria and 4 other country-specific microsites, Jumia seriously strives to become a one stop shop for retail in Sub-Saharan Africa. “Here you are collecting cash and reconciling payments almost like a bank desk, here you are building a logistics company,” said co-founder Raphel Afaedor.

Both co-founders and Harvard Business School graduates built the business from $75 billion in funding and are bringing “a couple of million” dollars in monthly revenue, a growth rate of nearly 20%. Vivek Sood, author of the book “Move Beyond the Traditional Supply Chains: The 5-STAR Business Network”, said: “Jumia is taking the right steps towards building the five cornerstones of a super networked business: innovation, efficiency, profitability maximisation, product phasing and result-oriented outsourcing. With the promising results so far, perhaps we could see the next perfect example of a 5-star business network besides Amazon.”

For Managers and Analysts, The 5-STAR Business Networks (B2B Networks)

What Happens When You Mistake Someone’s Technology for Their Competence?