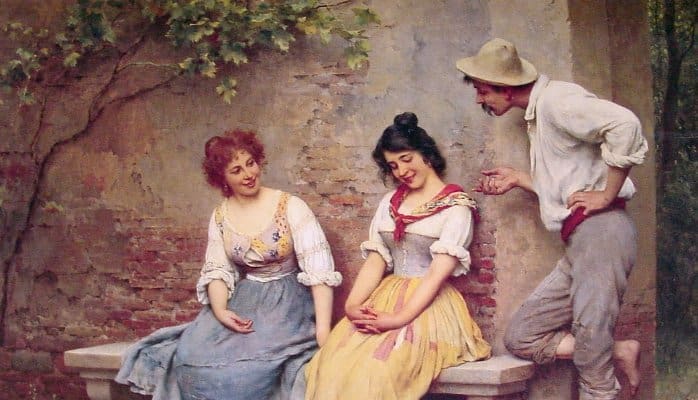 I vaguely recall reading a research paper on human courtship by a US professor, where he hypothesised a 13 stage courtship process starting with eye-lock to for-ever-after. He had studied several human societies – ranging from primitive isolated tribes to modern urban tribes and concluded that the process was uniformly similar, irrespective of the locale. Sure, it was based on previous studies of animal courtships, and an animalistic view of humanity – but the basic premises was that this process, if short-circuited, generally led to dissatisfaction with the relationship in the long run.

What triggered this thought was news item on Tinder titled – Research: Estimated 750,000 Tinder users have pubic lice, and I started thinking about how Tinder is changing the game of human courtship by re-engineering the courtship process. By making it easier to connect, and taking away the awkward moments at the start of the process, the entire process can be made easier, faster, and more efficient.

But is it more effective?

I have no personal experience, but  the research from the professor quoted above, indicates that the free-agent society may turn out to less happier in the end.

Is this the case of process efficiency sacrificing overall goal of the process? Efficiency killing the effectiveness?

When thinking about the business implications of the process,  I will not go into the societal impact of the free-agent society, or economic impact of the free-lance economy. Rather, I will limit my current thinking to a discussion I was have over the last 2-3 weeks.

One of our clients had been sitting on a project proposal for months even though he knew that the project was essential to survival of his company. This large project involves a fairly large team, and is expected to generate significant levitra online prescription net savings. Yet, for some reason or other, he was not signing off the project. This is not unusual in our game.

Then suddenly 2 weeks ago he wanted to arrange a meeting and short-circuit the project work and complete the project in nearly half the time. I explained to him that the quality of the data, and the analysis would not be robust enough for the purpose of the overall project. In fact, it could be counterproductive.

Unless he is strategically withholding information on his reasons, the outcomes will not be in his best interest, and hence not in ours either.

How many times have seen this happen?

Why Facebook’s $19 Billion purchase of WhatsApp reminds me of NewsCorp buying MySpace
Industrial Age Tools vs Information Age Weapons
Optimising What? Why Business Transformations Fail?
Why Executives Underestimate the Impact of Supply Chains?
If Your Business Has Too Much Internal Focus, You Could Be Missing Out